I want to know whether it is the correct way.

Note that when doing such a thing you have to do some testing, you are now using a client library which is from a different version that the one used to link the plugin. That may or may not work depending on the library. In this case, things look fine. Things look good. Is it the default way?

Thanks again. Setting up a build machine using a package manager will always be easier than having to grab tons of installers. It's usually also simpler to handle upgrades and parallel installations with these kind of tools. I'm also using Qt 5. However, now that I'm deploying the application I find that it works on my development Mac but not on other Macs. This makes sense: At the same time this doesn't make sense: I've read a lot of posts about this issue, but haven't found anything that addresses this issue: Many users of my application don't even have MySQL installed.

They are using my app to connect to a MySQL server on another server. I know this should be possible, because this app worked fine for my users for several years when I had it under Qt4. I'm just encountering this question because of a necessary upgrade to Qt5. Hi guys, I have the same problem, but the above solutions and also all the solutions on the web do not work for me.

I am wonder while all the new users has the same problem why Qt does not fix this bug which is seen in most of versions and claimed by many users. The error is: The stuffs I have done: This won't work because you are calling otool in some random place where libqsqlmysql. Either give the full path to the plugin or cd into the sql plugins folder in your Qt installation and call that command again.

Hi SQaist, Thank you for your prompt reply. 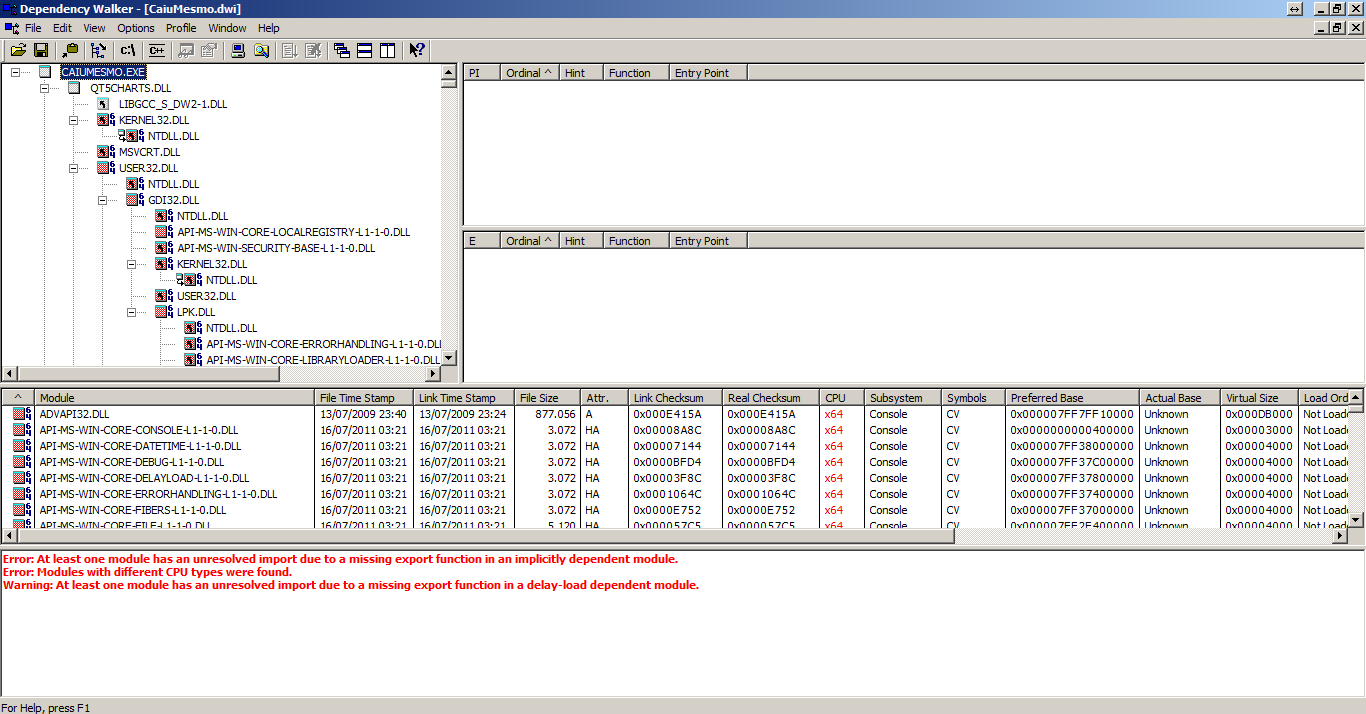 The result on otool is: Tried to use the following command and problem solved. The thing I am worry about is when I will face to problem as we tricked to Qt to use libqslmysql. Mainly the problem is solved but it should not be OK. SGaist Thanks for putting me on the right path.


Another important part on which the team is working for the next 5. The whole database code has been reviewed, polished, cleaned, and documented. The MySQL interface was written 5 years ago by a contributor who had left the team since then. This code was placed in quarantine due to the lack of support and bugs. But thanks to the new MySQL expert on the team, we are now able to restore, fix, and improve this functionality.

New database features have been introduced and the database configuration panel has been re-written to ensure safety during database server configuration stage. Two Mysql servers are available:. Next summer, students will focus on working exclusively on database interface, to improve MySQL support in case of multi-accounts photo agency use case , or to introduce new database engine support like PostgreSQL for example.

For furher information, take a look into the list of files currently closed in KDE bugzilla. All screenshots have been done with Linux Mageia Cauldron next release 6. Many congrats to the team for all the hard work done thus far! Is the dark style custom-made for digikam, or was it picked up from the default desktop style?

It looks pretty nice. Glad to hear of the progress. Looking great and the "under the hood" stuff is nice. I'll test on Mac El Cap when you have a version ready for that. Hi, could anyone tell me if the new release will work with Windows 8. Maybe some of the nice people that come here wondering about WIndows versions could be encouraged to test then? Perhaps by asking them in these posts..

Currently there is no 5. Here are the Digikam links I found https: Thanks for this comprehensive update on the Digikam project. I'm glad lots of people are interested in it, and are collaborating, ensuring it is top-notch. But the happiest of the updates, for me, is the decoupling of many of the libs from kdelibs to qtlibs.

That, by itself, would mean that the non-Linux ports will become a reality soon. And it'll also make more non-KDE users happy. Without having to have the same absolute path to the collection: Excellent work as usual and I also am excited about being able to share a single database across multiple operating systems.

I also like the idea of PostgreSQL support: Being able to catalog photos on multiple computers is the key feature of Digikam for me that separates the application from the rest. Specifying an absolute path to the collection is a show stopper for letting windows clients connect because the absolute path is different.

Either specifying a base path on each client or adding in a client name when connecting could resolve this. This comment has been minimized. Sign in to view.